Covid-19 Competition coming to an end

There is a lane near Helmsley Castle called Bowling Lane which may indicate that bowling has been practised in Helmsley for many years but no records have yet been found to substantiate this.

However, in 1942 the then Lord Feversham made a small section of a hay meadow off Baxtons Lane, adjacent to the existing Recreation Ground, available for use as a bowling green with a small clubhouse in one corner. A nominal rent of one shilling was paid to the Estate office once per year.  The green is still there today although many of improvements and extensions have been made over the years.   Subsequently, to provide a lasting memory to his father a keen supporter of swimming and sports activities for the youth of Ryedale, Lord Feversham, donated the remainder of the hay meadow to the town on which a swimming pool, cricket pavilion and new Bowling Clubhouse were built from public donations at a cost of £25,176.

In those early days bowls were made from the heaviest known wood called lignum vitae which is probably where the term "woods" originated.  None of the members owned their own bowls and many people played in slippers.  There were no leagues then and it was not until 1956 that the first club competition took place and 10 years after that that ladies were allowed to join the Club.

In 1986 a major project was undertaken to improve and enlarge the bowling green.  The turf was lifted and stored, the edges of the green were strengthened and levelled and 250 tons of earth was spread over the site.  Members spent a Bank Holiday weekend tramping up and down, treading the earth to make a firm bed for the turf to be re-laid by contractors.  All `home` matches that year were played away to allow the green to settle and mature.

The Hovingham League was the first to appear in the area with seven clubs, Helmsley, Hovingham, Terrington, Easingwold, Swinton, Slingsby and Sheriff Hutton, playing four teams of four with two woods on Tuesday and Thursday evenings. Gradually more clubs were formed and at its peak there were 24 teams playing in two Divisions.   Helmsley won the League in 1977, 1978 and 1980 but have also been relegated to the second Division twice.  By 2008 the number of teams had reduced to 18 and in 2011 there were only 10, some clubs having broken away to form a new League of triples.  The Hovingham League is, however, still regarded as the premier League in the area.

Another popular League is the Batagas League formerly the Eurogas League which is regarded as a League for starters and less proficient players.  The format is triples with three woods each played on Monday and Friday evenings. There is a Gentlemen`s Agreement that Hovingham League skips do not skip in the Batagas League and vice versa, which is still adhered to today.

The Veterans League was formed as bowls became more popular and is a triples format with three woods for older players (now over 55) played on Wednesday afternoons.  There are three Divisions and at one stage Helmsley had two teams in the League. 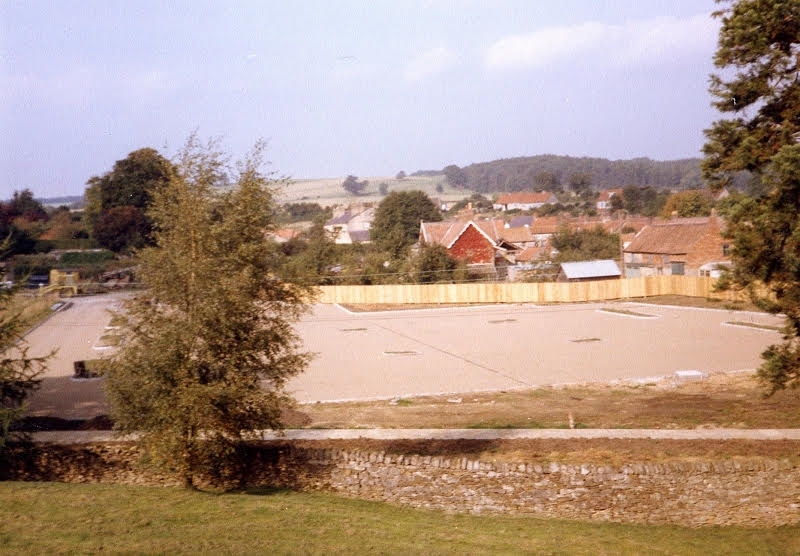